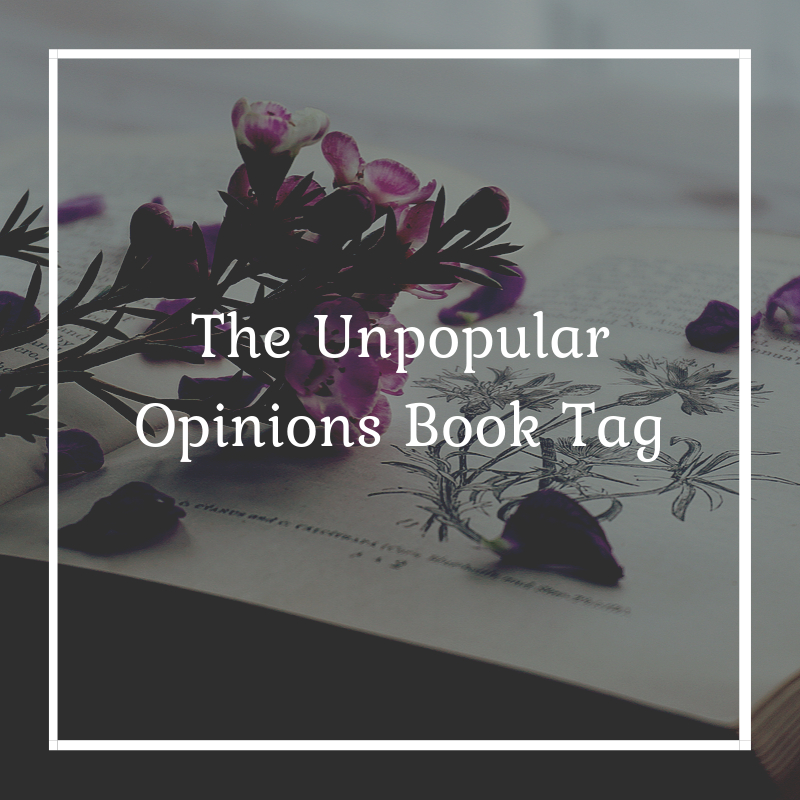 “Neil Josten let his cigarette burn to the filter without taking a drag.”

First line in The Foxhole Court by Nora Sakavic

Hi fellow readers. It’s time for a tag and I chose one of the popular ones this time. We all love those unpopular opinions and I was in the mood to be controversial. The Unpopular Opinions Book Tag was originally created by the bookTuber, TheBookArcher, so you can go watch that video if you want to. Cue the questions!

A popular book or series that you didn’t like

Starting out with the tough question. Of course, I have more than one answer for this. Firstly, we have Children of Blood and Bone by Tomi Adeyemi which is gave 2 stars. This was SO hyped that it would never have been able to live up to it. However, there were so many things I didn’t like about it. It had very poor writing that was incredibly repetitive and didn’t move the plot along very fast. Also, the insta-love that happened TWICE didn’t connect with me.

(Dis)Honorable mentions for this question include The Lord of the Rings by J. R. R. Tolkien, Wayward Children by Seanan McGuire (I don’t hate the series but it wasn’t for me) and Vicious by V. E. Schwab.

This question is more fun for me but I have fewer options to choose from. I’m going with a book in a series and that is Mockingjay by Suzanne Collins. This final book in The Hunger Games trilogy is probably everyone’s least favorite for a lot of reasons. It’s also my least favorite but only because I love the first two so freaking much. Mockingjay is very close though. I’ll admit that I also hated it when I read it the first time, but I’ve changed my mind about it over time. I ended up loving that there was less action so we got to spend more time in Katniss’ mind and experience her PTSD.

I also appreciate the ending which a lot of people hate. ***SPOILERS*** I always hated Gale so I loved it when it was proved how big of a jerk he was. Also, it was not a happy ending in the slightest and I think that is a very brave decision to make and so refreshing in YA. It would have felt forced and unrealistic to have everything just solve itself be like ‘yay let’s all live happily ever after’. *** END OF SPOILERS***

Are there still love triangles in books or have I just managed to avoid them? I can’t think of any recent reads that featured love triangles. Also, in the older YA books that had them, I always rooted for the most obvious choice so I was never disappointed.

I can only think of one OTP I didn’t like and that is from Mistborn by Brandon Sanderson. I’m not mentioning any names but if you’ve read it, you know. Sanderson apparently can’t write romance. That OTP was just a good friendship and not anything romantic.

A popular book genre that you hardly reach for

I never read horror but I’m not sure how popular that actually is outside of the month of October. Other than that, I also never read thrillers or mysteries. The few people in my life who read, read mysteries so I know that one is very popular and I would never pick one up.

A popular or beloved character that you do not like

I really thought long and hard to try and find an answer to this that wasn’t the first character that popped into my head. Just to try and be a little less controversial but no… so we’re discussing Lila Bard from Shades of Magic by V. E. Schwab.

To be honest, I think Lila is a bad person but more importantly, I also think she’s a badly written character. That hurts to say because I really love Victoria Schwab. Lila has zero character development, and that’s across 3 whole books! And there was just so much room for her to improve that I kept waiting for it. The “personality” I assumed was a front turned out to be real. She actually is that not-like-other-girls character that I despise because she does whatever is in her power to be like a man. It just seemed very fake, and it annoyed me that the other characters just applauded her for it.

Rant over but I know a lot of people love her so I’d love to hear why in the comments.

A popular author that you can’t seem to get into

Neil Gaiman. I’ve read 3 books by him and the highest rating has been 3 stars. It’s weird because I actually don’t think I hate his writing style. It’s funny and engaging so no complaints there really. I think my main problem with Gaiman is that I don’t like his stories. I’m very often bored and find myself not caring about the characters.  You can attribute that to me picking the wrong books, so I’ll also point out that I’m not done trying. He’s written so many different things that there simply must be something I like.

A popular book trope that you’re tired of seeing

I actually did a post solely about this topic a short while ago so I’ll be lazy and pick one of the ones mentioned in that. The competition. If a book features some kind of big competition, I’ll seriously be on the fence about picking it up. It sets the structure of the book from the beginning where I prefer the structure to be more unpredictable and surprising. I do like books that feature a competition, but that is typically because I absolutely love something else about it. I just often see readers who will pick up a book purely because of the competition element. I’m not one of them.

A popular series that you have no interest in reading

Funnily enough, I also have a recent post about popular books I don’t want to read. Here, I’m going to pick one that I didn’t think of when making that list: Malazan Book of the Fallen by Steven Erikson. From what I understand, this is incredibly difficult to get into. It’s making me think that there are so many other fantasy series I’d rather read. I’m not seeing myself ever getting to Malazan.

The saying goes “The book is always better than the movie”, but what movie or TV show adaptation do you prefer more than the book?

I’m going to have several answers here because I actually think it happens fairly often that the movie or tv show is better than the book. After all, this is the unpopular opinions tag, right? First one is The Magicians by Lev Grossman, which was turned into a tv show on Syfy. The books and the tv show are very different but I actually think that the tv show managed to take the good parts of the books and just expand them. The books aren’t bad but they’re just not on the same level as the tv show. At least until the middle of season 4. After that there’s no reason to watch it (can you tell I’m pissed?)

My second answer is Twilight. Not that those movies were the best thing ever but they did better than the books. In all the movies they actually added a climatic moment because those didn’t exist in the books. I mean, how can you write 4 books without a single climax? That doesn’t work in movies so I’m glad they added that.

I also have two honorable mentions here which are The Lord of the Rings and Outlander (only read the first book in Outlander though).

So, there you have some unpopular opinions. I’m not afraid of people disagreeing with me so please feel free to yell at me in the comments. Of course, I’d also appreciate to know if you agree with me. You can yell about that too.