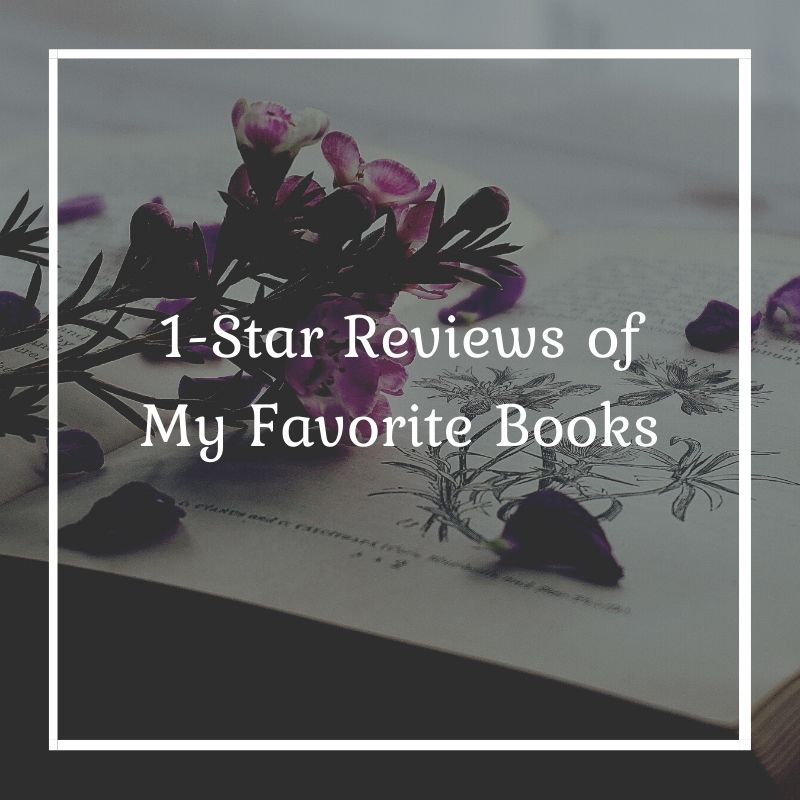 “There was a boy in her room.”

I’m a firm believer in the statement that art is subjective, and that includes books. We all know this, but that doesn’t mean it’s easy to smile and nod whenever someone trashes your favorite book. However, I felt inspired to give it try and looked up some 1-star reviews on Goodreads for some of my favorite books to see what people aren’t loving about these obviously amazing books. I needed to share my agony with all of you guys and also my attempt at accepting other people’s opinions. But, guys, I found some crazy ones so check it out.

The Hunger Games by Suzanne Collins

This review starts out alright. The Hunger Games is quite brutal, and not everyone is going to be into that. It starts getting a little weird when the reviewer claims they don’t like present tense. I rarely notice the tense myself, but sure, let’s say that’s a valid complaint. Then we get the plot twist, which is that the reviewer didn’t even manage to read the first chapter… I’m sorry, what? So basically, this person decided to rate a book 1 star on Goodreads purely based on what they had heard the book was about. I cannot stress how wrong that is, but sadly it was something I saw a lot of while looking for reviews for this post. “It was such a bad book! Couldn’t even get through the title. 1 star.” Please, stop.

I’m also personally a bit affronted over the eye roll for the amount of romance when The Hunger Games is one of the YA books with the least amount of romance I’ve ever read. It’s very clear the person never read it.

The Girl in the Tower by Katherine Arden

Ah, the ever-prevalent assumption that if a book is written by a woman it must be YA. The Winternight Trilogy is adult!
That they thought the book was boring, that’s fair. I know I love a lot of boring books, although I would categorize the first book in the series, The Bear and the Nightingale, as more boring than The Girl in the Tower. The plot really picks up in the second one, so I wonder why the reviewer even decided to continue on with the series. They must have hated the first one even more.

The Watchmaker of Filigree Street by Natasha Pulley

HOW DO YOU NOT CARE ABOUT KATSU???

I’m sorry for that outburst, but I just can’t relate. That mechanic octopus is possibly one of my favorite animal companions.

But that the story is boring? Yes. Not a lot happens, as it focuses on the characters a great deal.

The Way of Kings by Brandon Sanderson

I had to include this so that you can all get the mental image of Sanderson and Rothfuss tipping their fedoras at a screen.

Now, I’m also quite baffled over how someone deems Sanderson and Rothfuss “straight up bad writers”. Yes, Sanderson’s character-work is lacking, but not to an extent that makes it unreadable. There are so many other aspects he does incredibly well, so ‘bad writer’ seems a bit unfair. I’m actually curious to know who the reviewer considers a great writer 🤔

The Song of Achilles by Madeline Miller

I can respect continuing with a book simply to witness the deaths of hated characters. And that they call upon Melisandre is an… innovative way of bringing it about. I can’t really fault them for anything here. It is the crossover between A Song of Ice and Fire and The Iliad we didn’t know we needed 😂

We Are the Ants by Shaun David Hutchinson

I’m sorry, but We Are the Ants is sci-fi. It might have a contemporary feel, but that doesn’t change the fact that there are aliens in this book. I generally think this reviewer just went into this book with wrong expectations and rated it low for not being what they wanted. Because, you know, if you don’t like books with “super whiny and emo”-characters, maybe don’t pick up a book with a severely depressed main character. Just a thought.

That was actually quite fun. I learned that I love a lot of boring books, apparently, because that was the main complaint in most of the reviews I found. I can accept that as many of the books I love are character-driven stories with zero plot. However, I also ran into many of those weird Goodreads reviews where you wonder why everyone is allowed to review books, even when they haven’t read the book. We know the average ratings mean a lot, so it’s just very frustrating to see.
But anyway, I hope you enjoyed this. I plan on doing the opposite of this so 5-star reviews of books I hated, which could possibly be even more challenging for me.

13 thoughts on “Reading 1-Star Reviews of My Favorite Books”