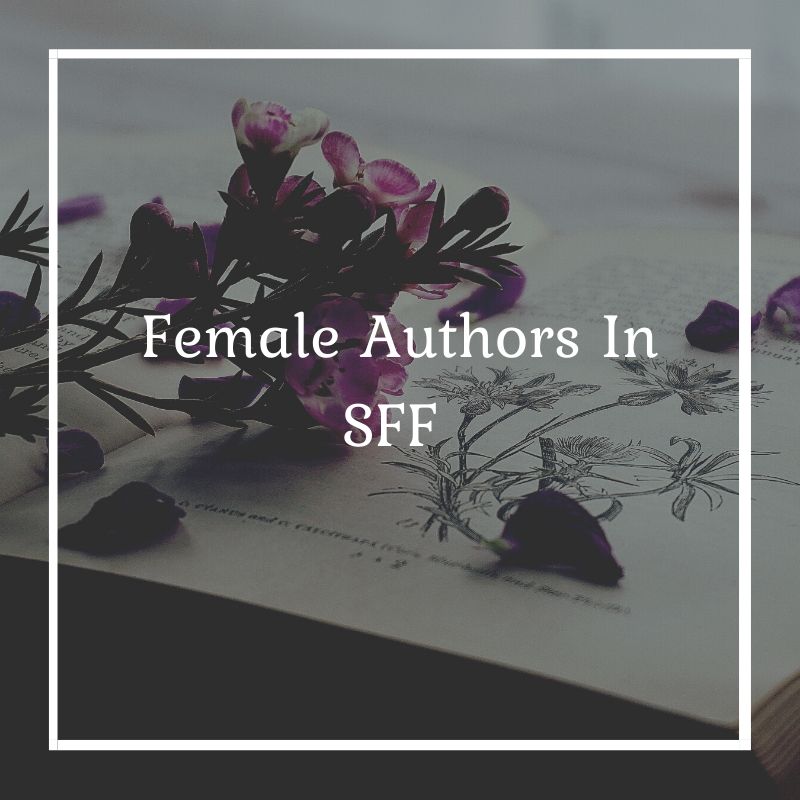 “We should agree on some passwords.”

First line in Half Lost by Sally Green

Hi, guys. Over at The Fantasy Hive they’re spotlighting female authors writing SFF through the hastag #WomenInSFF. That made me feel inspired to make my own contribution in the form of 2 posts: one about female authors I’ve already read and one about the ones I have yet to experience. Just so we’re all on the same page – this is the one featuring the amazing authors I’ve already come to love.

So many of my favorite SFF books have been written by women so it was really hard for me to narrow this list down. I’ve chosen to highlight some of the lesser known female authors because they are still amazing writers.

Turner is mainly known for her The Queen’s Thief series which is set to publish its final book in October. It is a YA fantasy series that brings back memories of other classic stories within the genre. My favorite things about the series has been its portrayal of friendships and its ‘out-of-nowhere’-plot twists.

The big question: will I ever write a blog post without mentioning A. J. Hackwith? (hint: probably not). The only book I’ve read by her, The Library of the Unwritten, is a story about an amazing group of people on a quest to protect all the unwritten books in Hell’s library. It’s diverse. It’s emotional. It’s something you need to read.

Mind you if I use this oppourtunity to squeeze in a Danish author. She has mainly written fantasy books for children but also has a mystery/thriller series for adults. She wrote my second favorite series as a child which is The Shamer Chronicles. It follows Dina who is able to make people feel horribly ashamed of previous misdeeds just by looking them in the eyes. All of these books have been translated into English.

Tara Sim is the author of two YA fantasy series, Timekeeper and Scavenge the Stars. The former is centered around clocks and time magic in an alternate Victorian London. It’s very diverse and has a great focus on anxiety. Scavenge the Stars is a gender-swapped retelling of The Count of Monte Cristo, but I have yet to read that one.

Even though Rogerson has only had two books published so far, she has already established herself as someone who writes beautiful and engaging stories. Her two books have both been standalone fantasy books, which already sets her apart from so many other authors in the genre. My personal favorite of her books is Sorcery of Thorns which follows Elisabeth who grew up in a library and has conversations with books.

Those were just some of the amazing women who have shaped my reading life. Who are some of your favorite female authors? Do we have anyone in common? Stay tuned for when I share all the female authors on my TBR, which will be coming next week. Happy reading!

4 thoughts on “Underrated Female Authors in SFF I Love #WomenInSFF”